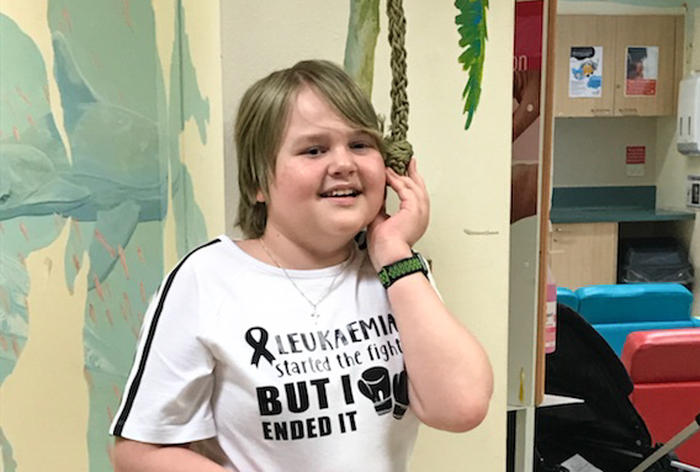 Students and teachers filled the hall at Ryan’s school recently to watch him celebrate the end of his cancer treatment by ringing the Oncology bell, clapping and cheering as it was livestreamed to a large video screen. After the well-earned celebrations, though, Ryan, who is 11 years old, looked back on his long, difficult journey and thought there had to be a better way. The debilitating procedures he endured need to be replaced by better, more effective ways to treat leukaemia.

Ryan’s mother, Tina, described how determined he was to make that happen. “Ryan's personal goal was to raise money for better treatment options so no one else has to go through what he has. He hasn't even wanted to trim his hair since it grew back, but he knew he had a story to tell and the power to make change in sharing that.”

To help people understand what children with leukaemia go through, and how their donations are a vital way to enact change, Ryan shared his experiences on YouTube to raise money for Leukaemia research in the World’s Greatest Shave.

Since being diagnosed in January 2018, Ryan has had 765 days of chemotherapy as well as many other exhausting and painful treatments.

“One of the first things my oncologist said was that before I can survive Leukaemia, I had to survive the treatment,” said Ryan. “Now I understand why. There has to be a better way. Treatment is really hard: life threatening side effects, wondering if I’ll be able to walk again, countless nights in hospital, blood and platelet transfusions, CT scans, MRIs, X-Rays and ultrasounds, echoes, brain scans, lumbar punctures and bone marrow tests. I’ve been really tired and sick for longer than I can remember.”

It wasn’t an easy decision to shave his head, but he felt it was a necessary one. “I knew I had to do something.”

Almost a week after he rang the oncology bell, Ryan sat on stage during a special assembly, in front of his enthusiastic school, and had his head shaved, along with his teacher. It was a tremendous success, in raising over double the amount expected, and a step closer to beating bone cancer.

All donations towards cancer research make a difference, and research leads to kinder more effective treatments and the hope of a cure in the future. When speaking to people interested in supporting his cause, Ryan points out the immense good that can be done by even a little, “Even if you just have a dollar to spare, that can go a long way.”

Ryan doesn’t want anyone to go through what he went through and with the support of family, friends and his school his heroic efforts are making a big difference.

See the livestream of Ryan’s school celebrating with him when he rang the bell. 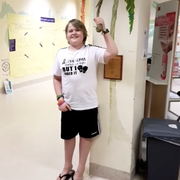 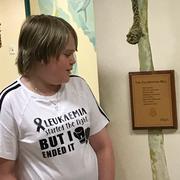 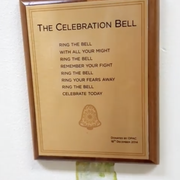 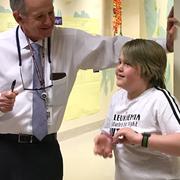 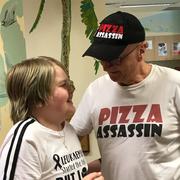 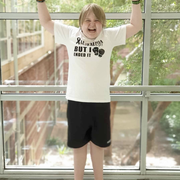 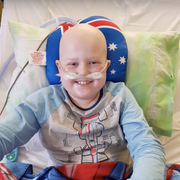 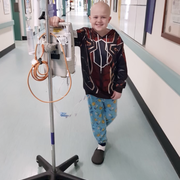 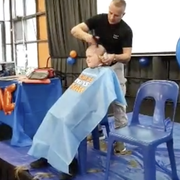