Meet Molly: “I’m so much more than the girl who had cancer”

Two years ago when Molly Croft stepped off the netball court in the NSW State Age Championships she never imagined her painful right calf was anything other than a sporting injury.

After seeking treatment for her sore calf, a suspicious MRI scan led Molly, 14, her parents Ange and John, and sister Maddi, 18, to The Children's Hospital at Westmead and the Cancer Centre for Children where they were told the devastating news she had cancer.

“I was bawling, we were all bawling, but at the same time I thought, this can’t be true,” remembers Molly.

The diagnosis of osteosarcoma, a rare and aggressive bone cancer, that would require five major operations on her leg, and multiple smaller ones, replacing her bones with metal rods, as well as a gruelling chemotherapy regime.

“I had six rounds of chemo over ten weeks, and then I had surgery where they removed my bone so my ankle, my whole tibia, my knee, and a little bit of my femur have prostheses in them,” says Molly. “After that I had another 17 rounds of chemo.”

“I thought, I don’t want to lose my life so I’m going to fight it, and I’m going to make the best out of it.”

“I started doing physiotherapy with Ryan Medley, a NSW cricketer who has a spinal cord injury after a footy tackle, so he’s in a wheelchair. He rang mum early on in my diagnosis and said ‘Ange, make sure she looks for a reason to smile every day’. Mum changed that to ‘look for a rainbow in every day’ so that’s what we did. Even on the worst days we’d find something to smile about.”

As a result of her experience, Molly decided to paint a rainbow for other children with cancer and embarked on a fundraising program.

With the support of Giants Netball star Amy Parmenter, Molly has raised $30,000 for the Cancer Centre for Children through her tie-dyed t-shirt project.

And she didn't stop there: Molly helped raise $180,000 for Ronald McDnald House, participated in the Bandaged Bear Appeal and recently spoke on the podcast ‘Let’s Talk About Sarcoma’ to help others with the disease.

Making a difference to people’s lives through fundraising put Molly on the radar for the Dubbo Australia Day Young Citizen of the Year Award 2020 and to her surprise, this year she won.

In recovery from her cancer, Molly's life has returned to a more normal one and she welcomes the opportunity to follow her passion for sport. Molly recently made a transition from player to coach gaining her Level One basketball coaching qualification.

“I’ve just completed a coaching course, so now I’m a Level One coach in Basketball. It’s really fun. It’s the next best thing if I can’t be on the netball court, and I just think they’re the next generation, and I’ll get to see them grow now.”

With Molly’s infectious smile and positive outlook on life, her warm and engaging personality shines through both in person and in the media. She once had cancer and now she’s creating her own future, and taking time out to help others in the process.

"I don't want cancer to define me. I'm so much more than just the girl who had cancer," she says.

Watch a video of Molly winning her Dubbo Australia Day Young Citizen of the Year Award 2020.

Want to help children like Molly? Help fight childhood cancer and donate to the Cancer Centre for Children. 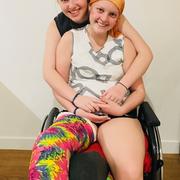 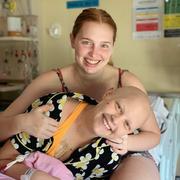 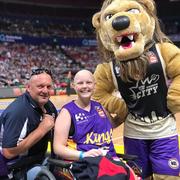 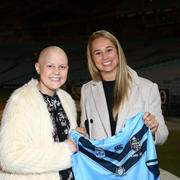 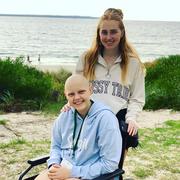 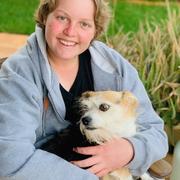