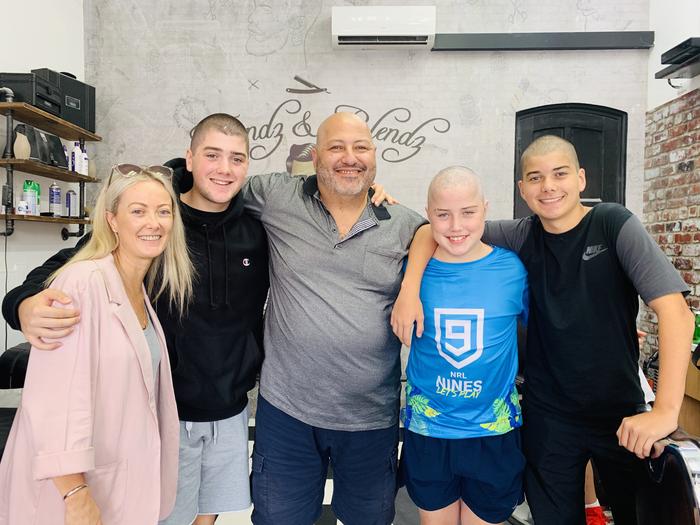 Physical and mental wellbeing is of paramount importance to the Alam family. Considering their youngest son, 14-year-old Luke, is undergoing treatment for lymphoma this presented a unique opportunity.

Luke, a rugby league fanatic, had just started a personalised training regime when his parents, Kristy and Fred, were told he had cancer in January 2020. “Our whole world just ended and it wasn’t Stage 1 or Stage 2 it was Stage 4 which is late stage lymphoma,” remembers Kristy.

Instead of Luke putting all his plans on hold due to his diagnosis, his parents investigated ways he could continue his passion for football and fitness during treatment. “Research showed me how tailored exercise, fitted to each cancer patient’s special circumstances, and with their doctor’s approval, could help with their physical and mental wellbeing,” says Kristy.

With his doctor’s approval, Luke continued fitness training with Roosters player Kiana Takairangi, and met other first grade players at the park who invited him to throw a ball or chat to his idols. Doing three sessions weekly with Kiana, then another with Willie Mason, a decorated former international player, and a variety of fitness activities at home is a regime Luke feels has assisted his overall wellbeing.

Kristy and Fred understand many people are surprised by this approach given conventional treatment puts everything on hold with physical recuperation and rebuilding occurring once treatment ends.

Kristy said, “Initially, from a parent’s perspective, I wondered if we were doing the right thing. I’m thinking, my son is losing his hair and he’s got a central line in. But he was motivated, he wanted to keep going and doing the best that he could.”

For Luke, the training connected him with his ‘before cancer’ life. “I wanted to stay healthy and try to keep the same lifestyle I had before,” he says. “I feel a bit tired at training, but then I feel better, like I’ve got more energy. It’s really helped me.”

The Alams converted their garage into a gym, a popular move from the perspective of Luke’s older brothers Dean, 15, and Jack, 16 who give him tips. “My brothers help me with exercises and are always in the gym to make sure I’m alright,” says Luke.

Strengthening and conditioning are the key components of Luke’s exercise with the emphasis being that making the effort to do a little fitness, even just a walk, can pay big cumulative dividends.

Luke might have Stage 4 lymphoma but so far, he’s smashing it. 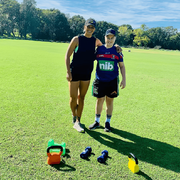 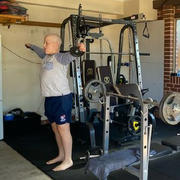 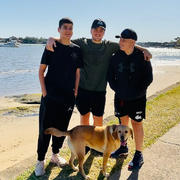