Sonny loves learning and is ready for ‘big school’ 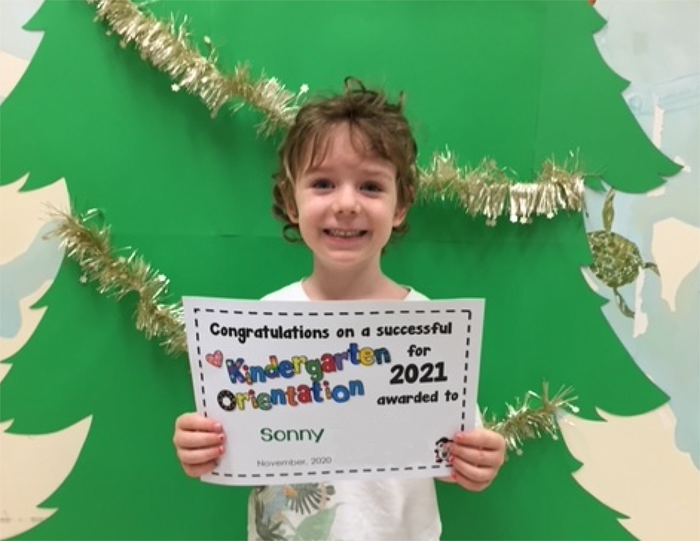 Sonny’s love of learning has grown enormously this year, but he had some big hurdles to overcome in the beginning.

He was diagnosed with Acute Lymphoblastic Leukemia in April 2019, just before his fourth birthday, and was only able to attend 10 days of preschool so had not developed an interest in learning. Then came COVID lockdown and he got to see his big brother and sister in action doing remote schooling which inspired him to do his ‘schoolwork’ as well.

His mother, Stephanie, encouraged his interest saying, “I got him some apps like Reading Eggs. He learnt so much from these and it is when he first showed an interest in learning.”

Soon, preparation for the new school year began but Sonny wasn’t sure at first.

“He was very nervous about going to ‘big school’ but had so much fun on his first orientation day that he was ready to go two hours early on his second orientation day!”

At the end of orientation Sonny earned a certificate of school readiness and was so excited he brought it to hospital the next day to show staff.

Monday was his official graduation from preschool and he wore a special blue satin gown, academic cap and a huge smile so now it’s full steam ahead for school.

Stephanie is enjoying her son’s newfound enthusiasm. “The thing he is most looking forward to about starting kindergarten is learning and being with his big brother and sister.”