Samara “is an absolute miracle” thanks to blood donors 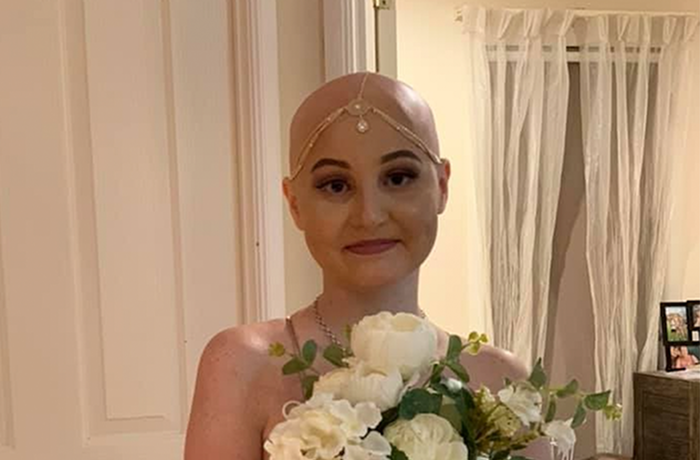 After spending ten months fighting cancer with debilitating treatments Samara, 11, was excited to be back at school, and although with Coronavirus changes she will be sitting in class later than expected, her ability to live a full life is largely thanks to blood donors. “If Samara didn’t have access to blood, to put it simply, she wouldn’t be here. She wouldn’t have made it a few weeks past diagnosis,” said her mother, Anita.

A problem was first noticed last June when Samara, who was normally energetic and athletic, turned pale and lethargic for three days.

“She played football and netball,” remembers Anita. “She was a very active girl, who everyone loved, and was very outgoing and loud. I knew she just wasn’t right. I requested blood tests to be run and six hours later we got the phone call. She had tests which indicated leukemia.”

On the day of her diagnosis for Acute lymphoblastic leukaemia, 17 June 2019, Samara received her first blood transfusion in the Emergency Department at The Children’s Hospital at Westmead. This was an anxious time for her parents, Anita and Jarrod, and turned out to be the first step in a tumultuous journey in which blood and blood products would play an essential role in saving their daughter’s life more than once.

“Three weeks after diagnosis Samara spiked her first fever and within 24 hours she was on life support. She had gone into Ecoli septic shock,” said Anita. “Samara had more transfusions than I could recall over the month she spent in the Intensive Care Unit. Platelets were the biggest thing for Samara as she couldn’t keep them above 12, and for a few days she was having 3 transfusions a day.”

Many people found it incredible Samara survived this difficult period. Treatments which are strong enough to combat cancer in children are often very harsh on their body as well.

“She is now left with chronic liver disease,” said Anita. “But she is an absolute miracle.”

It has been 10 months since her diagnosis, during which Samara has had a very hard time while undergoing treatment, spending about 7.5 months in hospital. Her recent better health can no doubt also be attributed to her inner strength and determination.

“She is currently on a chemo break and doing fantastic. When she is on chemo her [blood cell] counts drop dramatically, hence the reason for so many transfusions,” said Anita.

Blood products were a vital part of Samara’s ability to withstand cancer and its treatment and their positive effects were not just hidden in her veins but were also very noticeable in other ways.

“Samara becomes pale, tired and lethargic when needing blood, and when she is in need of platelets her legs are covered in bruises, she just needs to be touched to bruise,” said Anita.

It can be the things many people take for granted that we treasure the most, and although it wasn’t long ago that Samara sometimes felt confused, emotional and frustrated with the cancer and treatment she was enduring, she is enjoying being at home with her family now she is well, including older brother Bailey, 16, and younger brother Jaxon, 2. “When I was in hospital we never got to all be together,” said Samara.

She remembers how transfusions made a big difference, “I remember fainting in the shower one time when I was in need of blood and feeling very dizzy.” There was an immediate effect that was very noticeable. “I feel more energetic and awake after having a blood transfusion. I can do more.”

Samara loved being back at school with her friends, before the Coronavirus changes, and hopes to be a nurse, one day, to help other children in the same position that she was in. She remains grateful to the people who donate blood and blood products that help seriously ill children like her.

“Please consider donating blood, or continuing to,” said Samara, to anyone thinking of doing so. “If it wasn’t for the people who donate, I wouldn’t be alive today!”

You can make a difference right now as blood donation is an essential service during the Coronavirus prevention measures. Fewer people have donated than usually do, but the need for blood never stops. Find out more, and register to give blood, here.

Did you know you can also give plasma? Find out more.

If you are interested in joining a group to give blood, the supporters of the Cancer Centre for Children, at The Children’s Hospital at Westmead welcome new members.

Our blood donation page tells you more about the types of blood products children with cancer often need. 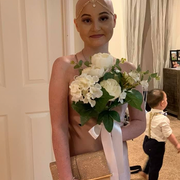 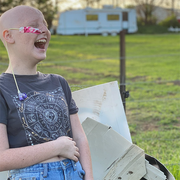 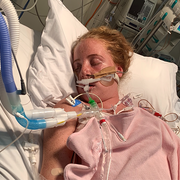 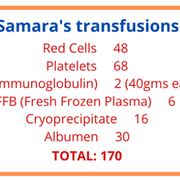