Lucie dreamed of ringing the bell 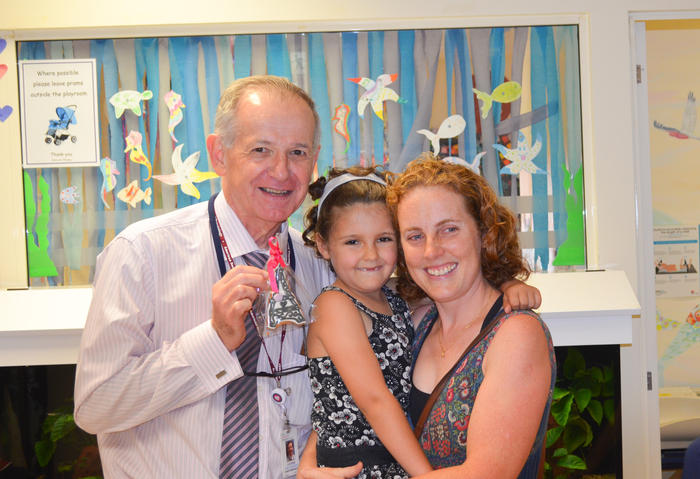 No wonder six-year-old Lucie was excited to ring the bell – she had been dreaming of it since she first started treatment.

“I can ring the bell,” she said. “And I’ll have a no more leukaemia party.”

Lucie’s family celebrated with her, having been by her side throughout the difficult journey, and helping in innovative ways. Two years ago, her older brother Thomas and his friends helped raise money to support leukaemia research by shaving their heads in the World’s Greatest Shave. Lucy’s family also filmed a video to show Thomas’s Year 2 class why he and his friends were shaving their heads and tell them about the illness his sister had.

To explain the treatment that resulted in her own temporary hair loss on the video Lucie said, “Sometimes I go to the hospital because I’m on chemotherapy. Chemo is a type of medicine that’s super strong and sometimes kills your good cells, but it kills your bad cells the most.”

Lucy was delighted about their shaved heads, which looked just like hers, saying “I like it when everybody is the same as me”.

Today, her thick light brown hair falls in soft curls around her face, tamed by a pretty headband, as Lucie celebrates by ringing the long awaited bell. Her bright smile says it all. It’s ‘no more leukaemia’ party time!

Picture: Lucie with her mother, Naomi, and Dr Luciano Dalla-Pozza

See Lucie and Thomas explain what leukaemia is in a video.