How nasogastric (NG) tubes can help

Wednesday 29 January 2020 in News from the Cancer Centre 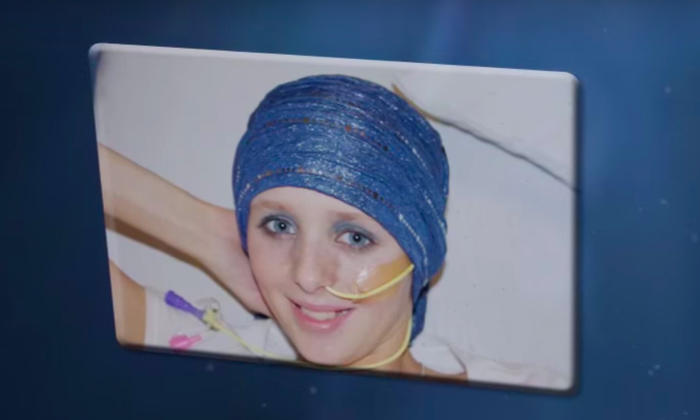 ‘Should I get a nasogastric tube?’ is a question many children with cancer, and their families, grapple with resulting in a video being made on this topic by the Boston Children's Hospital and Dana-Farber Cancer Institute.

An NG tube is a very thin and flexible tube that carries food and medicine through the nose and into the stomach. Patients who feel nauseous after chemotherapy or radiation, or lose their appetite during treatment, may not want to eat. When this happens, using an NG tube may help patients to handle side effects, heal and get well faster, maintain their treatment schedule, and adjust to eating regular food faster.

After a child has become weak, very malnourished, and their appetite is suppressed families, after a slow discussion taken over a period of time, may decide to have a NG tube.

The video shows three families who chose to have an NG tube discussing how they reached the decision to use one and what it was like.

Tre’son was diagnosed with rhabdoid tumour when he was 14 months old. He lost his appetite, and a worrying amount of weight, during treatment but the NG tube made a big difference. “Once the tube was in he went back to normal. He ran around, played and was okay,” said his mother.

Putting an NG tube in is usually far easier than families anticipate. “Most patients will say oh, I was really nervous, I was so anxious to get this placed, I thought it was going to hurt, and really it took 15 to 20 seconds to actually get the tube in, and as soon as it was in I realised ‘that’s it!’" said Sarah Larson, a registered dietician in the Paediatric Oncology Program at Boston Children’s Hospital and Dana-Farber Cancer Institute.

Mary Kate was diagnosed with Burkitt’s Lymphoma at eight years of age and said that talking to other patients about their NG tubes was helpful although initially her own one felt strange before she got used to it. “It felt really weird, like a giant piece of spaghetti just going down your nose.” It played a large role in helping her to gain weight and take otherwise unpalatable medicines.

Many families see a big change in weight and comfort once they get an NG tube.

“Almost everyone says I can’t believe I didn’t do this sooner,” said Amy Federico, a Nurse Practitioner in the Paediatric Oncology Program at Boston Children’s Hospital and Dana-Farber Cancer Institute.

Shannon, like Tre’son and Mary Kate, found the NG tube helped her when she became malnourished. After being diagnosed with leukaemia when she was eleven-years-old, Shannon didn’t immediately see a need for having an NG tube and also didn’t like how it would potentially look on her face. After almost a week of being extremely sick she changed her mind, however, looked at her mother and said, “I think I need the tube”. Shannon’s mother said that after the NG tube was in, they both didn’t notice it, and because so many other children had them, it didn’t seem unusual. Shannon wished she had gotten it sooner.

“It’s your choice,” said Shannon. “If you want to be in hospital longer, then have fun, or if you want to go home and hurry this up, get the tube.”

Thanks to Boston Children’s Hospital and the Dana-Farber Cancer Institute for sharing this video.

Angus Olsen is a popular author and illustrator producing books for young children aged 2-5 to help them understand cancer and procedures. Read his I need an NG tube book for free online or download it as a pdf. Find out more about Angus Olsen and his books. See his I Draw Childhood Cancer Facebook page.

You may be interested in 'tube pouch' bibs for NG/NJ tubes for babies and toddlers.