Emily and her best friend Holly 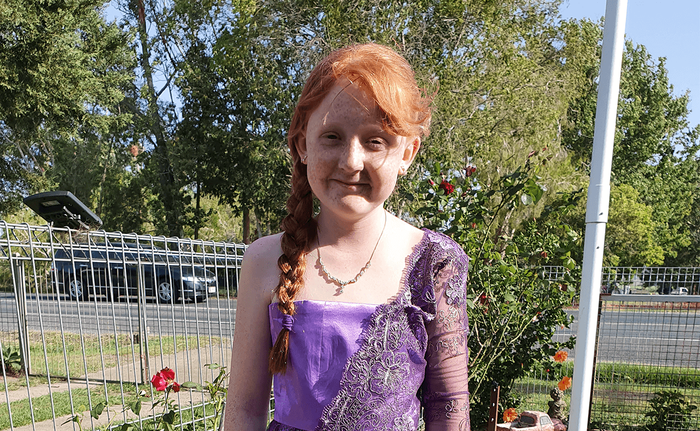 Emily’s dog, a friendly Labrador retriever named Holly, sat at her feet and gazed adoringly at her while photos were taken to commemorate her Year 6 primary school graduation. The excitement reminded her mother, Louise Walton, of when Emily first began Kindergarten, with Holly as a small puppy, in circumstances that were very emotional due to her being diagnosed with cancer as a baby.

Her Labrador is her best friend, and also a reminder of how far Emily has come.

“Holly was Emily’s Make-A-Wish wish and had plenty of photos with her on her first day of primary school,” remembers Louise. “So we just had to have one at the end of primary school as well.”

Emily’s treatment for cancer began on 23 February 2009, when she was 11-months-old, at The Children’s Hospital at Westmead after being diagnosed with acute lymphoblastic leukemia, known as ALL, which is the most common type of leukemia affecting children.

In ALL, white blood cells are released in large numbers before they are ready, decreasing quantities of other cell types, such as red cells, and making patients vulnerable to infection. It requires immediate treatment due to its quick progression.

For two years Emily spent about 90 per cent of her time in hospital, under the care of Dr Mary Burgin, picking up many infections, and residing in isolation in Variety Ward, with her family.

To celebrate the end of her treatment the Make-A-Wish Foundation, a charity providing wishes for children with life-threatening illnesses, provided her with a loving friend in Holly and Emily has been living a full life ever since

“Emily is excelling in music and waiting to hear if she has made it into the state band with her trumpet,” said Louise.

“She has graduated from primary school and is about to start high school next year and boy am I not ready for that!”

Emily wears a beautiful lavender coloured dress in her graduation photos and her mother observes that, “from a sick little baby she is growing into a young lady fast.” She is very different to the cheeky little girl many of the Hospital staff may remember.

From a beginning full of worry and uncertainty Emily is now a confident student, excelling in music, and ready for high school. Some things don’t change though as Holly will be there, wagging her tail, waiting for Emily after school with adoring brown eyes.

Find out about the Make-A-Wish Foundation. 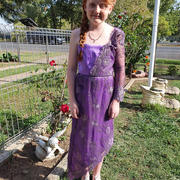 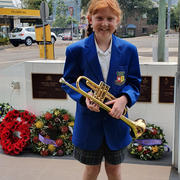