Thursday 14 November 2019 in News from the Cancer Centre 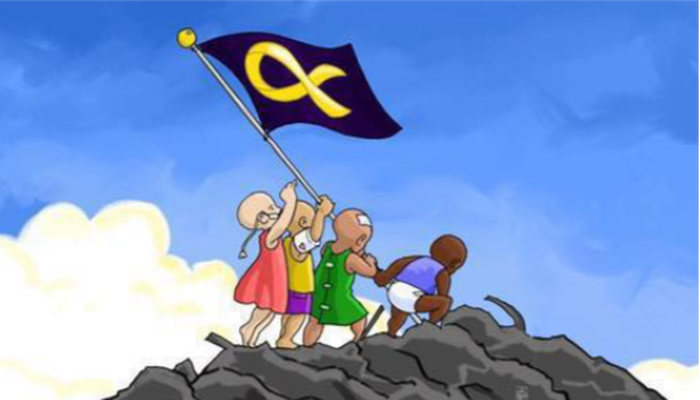 When Angus Olsen sat by his daughter’s bedside during her treatment in The Cancer Centre for Children, and began doing little drawings about what hospital was like, he didn’t foresee the phenomenon his artwork and books would become. Immensely popular, and translated into multiple languages, his books fill a gap in literature that exists for children with cancer between the ages of two and five.

Books abound for older children, but his daughter Jane was diagnosed with embryonic rhabdomyosarcoma at age two, and there was nothing to help explain the uncomfortable procedures she was enduring.

“I noticed that everything was aimed at older kids but many children entering oncology are at ‘Mr Men’ reading level,” said Angus.

One afternoon in hospital Angus wrote a book on nasogastric (NG) tubes. Being trained in animation, the illustrations came naturally, but the ideas needed simplifying. “I just pulled everything out that didn’t matter,” he said. “And added some emphasis, so the child could understand that they aren’t the only one to have to do this.”

After putting his drawings and the NG Tube book on his I draw childhood cancer Facebook page, more and more people began to visit to use the free materials with their own children.

“I was always drawing and putting it on Facebook and it just got bigger and bigger. A year ago, when I released I need an NG Tube, it went all over the world,” said Angus.

I draw childhood cancer resources are being used in Australia, New Zealand, South America, the USA, Canada, parts of Africa, most of Europe and in Indonesia. “Some places simply translate over the top of my work, which is fantastic, and I have no idea it’s being used there until months later,” said Angus. “A hospital in Amman, Jordan is the latest to contact me for use.”

In 2018, Dr Jennifer Kelly from the Grace Kelly Ladybird Trust, which raises awareness about childhood cancer in the UK, contacted Angus interested in the NG Tube book and to cooperate on more books resulting in I need a Central Line, I need a Port, and I need a PEG Tube. Medical staff contributed to refining some of the text putting in some UK terminology and all books, which are given to families who need them at no cost in the UK, have been very popular. A relationship continues between Angus and the Trust with new titles in development.

Jane, his daughter, went into complete remission in May 2017 after enduring 54 weeks of chemotherapy and having a 700 gram tumour. She returns to the Oncology Treatment Centre at The Children’s Hospital at Westmead, periodically for check-ups but these days life for her, and her family, is more recognisably normal. For some people it might be tempting to focus on things other than cancer but Angus feels differently.

“I can see the impact around the world, and the messages I get, and I just can’t stop. It’s too important.”

“I had one message from a mother who had a child who needed a new NG who would scream and fight and kick the place down, and they were considering sedating him in order to get the NG in. At the last moment, desperate, she put my NG book on her phone and took him through it. And he laid back and said, ‘do it’. He got the NG in with no problem.”

The awareness raised by his drawings and books helps raise funds to fight cancer, with proceeds from merchandise produced going to the international charity Kids’ Cancer Project, due to the large amount of people buying his products from overseas.

“Fundraising is extremely important,” said Angus. “We’re in such an exciting time. We’re so close to immunotherapy being organised in such a way that childhood cancer may one day be as innocuous as being diagnosed with something ordinary. More funding would make it happen faster.”

There is a lot more work Angus wants to do. “We don’t see the army behind that child, the doctors and the nurses and the parents, grandparents, the fundraising, the support, the back and forth,” he said. “We don’t see all that army and I’ve been trying to figure out ways to communicate that.”

But some things haven’t changed. From her hospital bedside years ago, to now when dad draws on the couch, Jane still thinks every character dad draws is her whether they’re in a hospital or flying an aeroplane. Why wouldn’t they be? 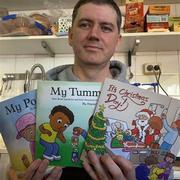 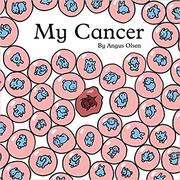 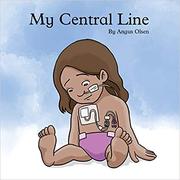 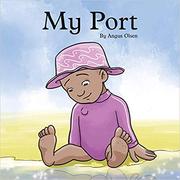 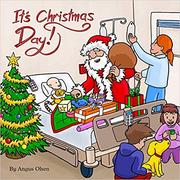 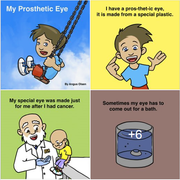 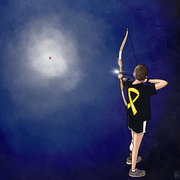 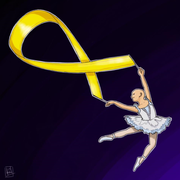 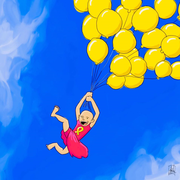 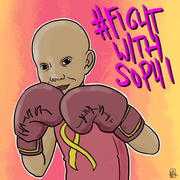 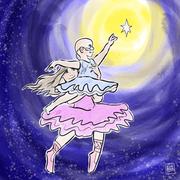 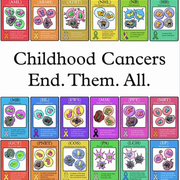